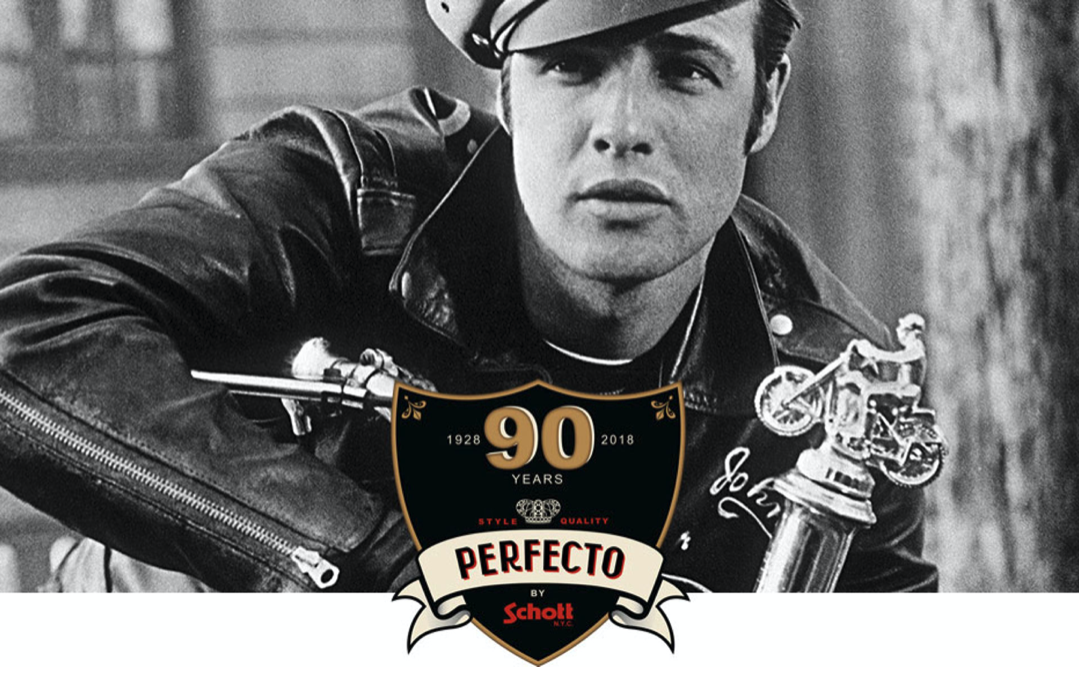 when Irving Schott crafted the first motorcycle jacket, no one could predict its long term impact on the fashion industry and continued popularity among consumers.
Today, you don't need a gang or a Harley-Davidson to wear black leather.

Whether cutting the costs by hand, negociating with the company's first "sales force" or dealing with suppliers, Irving's trademark was his cuban cigar, the "Perfecto". Much like Groucho Marx, Winston Churchill and Georges Burns, Irving's cigar became his personalized accessory.

Schott motorcycle jackets were featured in the cult classic "The wild ones", starring Marlon Brando and Lee Marvin. The increased visibility of the jacket and its subsequent popularity actually resulted in decreased sales. The jackets were banned by many school systems around the country because they symbolised a burgeoning teen demographic, "the hood".