In 1913, as Ford's new Model T began to crowd the already bustling streets of New York City, two brothers, the sons of a Russian immigrant, went after their piece of the American Dream. Irving and Jack Schott started making raincoats in a basement on the Lower East Side of Manhattan which were then sold by street peddlers door to door. Irving Schott's leather jackets were lovingly branded with the name of his favorite cigar - the Perfecto. By the mid-twenties, Schott NYC was revolutionizing the way Americans dressed for the outdoors when they were the first to put a zipper on a jacket. Eager to innovate, it was no surprise that Irving Schott then set his sights on another American classic in the making - the motorcycle. In 1928, Irving Schott designed and produced the first leather motorcycle jacket. Retailing for $5.50 at a Long Island Harley Davidson distributor, the Perfecto was durable, rugged, and immediately embraced. To this new generation of "bikers," the Perfecto was a symbol of the excitement, adventure and danger that fueled their fascination with motorcycles.

But as the country and the world turned its attention overseas, so did Schott. Commissioned by the US Air Force at the start of WWII, Irving Schott designed and produced a "bomber jacket" that would serve and protect Our Boys as they fought for liberty in the air over Europe and the Pacific. And on deck, servicemen kept out the cold with Schott's classic melton wool naval pea coat. Rugged and warm, these leather and wool jackets would be produced by Schott for the US Military
for the next 60 years.

With WWII over, this country was witnessing the rise of a new rebellion one that would be fought with fast cars and Rock and Roll. In 1954, the now cult classic "The Wild Ones" featured the hot young actor, Marlon Brando, perched on his motorcycle wearing his Schott Perfecto®. The subsequent spike in popularity of the Perfecto® surprisingly resulted in decreased sales. The jackets were banned by school systems around the country because they symbolized a burgeoning teen demographic, the hoodlum. Just one year later, the Perfecto® was catapulted to the height of its popularity when a love for speed ended the life of the quintessential hoodlum. It is said that James Dean could hardly ever be seen without his Perfecto®.

Throughout the 70s and 80s Schott became synonymous with the punk rock movement. The current wave of rebellion came to the streets of downtown New York City through underground music venue, CBGB. The Schott Perfecto® was the uniform for rock stars like The Ramones, Blondie, Joan Jett and The Sex Pistols.

As the world grew smaller and international trade became common place through online shopping and global markets, Schott expanded overseas where "Made in America" was revered and coveted. Peacoats, Duffle coats, flight jackets, motorcycle jackets, nylon outerwear, knits and sportswear became available worldwide as Schott NYC represented the heritage of America and the rebel inside everyone.

As we celebrate our first hundred years, Schott NYC is still owned and run by the third and fourth generations of the Schott family who still manufacture most of their clothing in the United States. In an old brick building, the classic styles that have, and will continue to, connect with the American spirit are cut and sewn by the hands of trained craftspeople. There is a feeling with putting on a Perfecto® that cannot be replicated or described. It is a persona, the history of America's bad boy, seeped into the heavy cowhide and chrome hardware. A strong sense of American pride is behind every Peacoat's anchor buttons. The courage to face the uncertainty on the open road and all the freedom that comes with it, lives on in the hearts of the Schott family as they look towards the next hundred years as a true American Original. 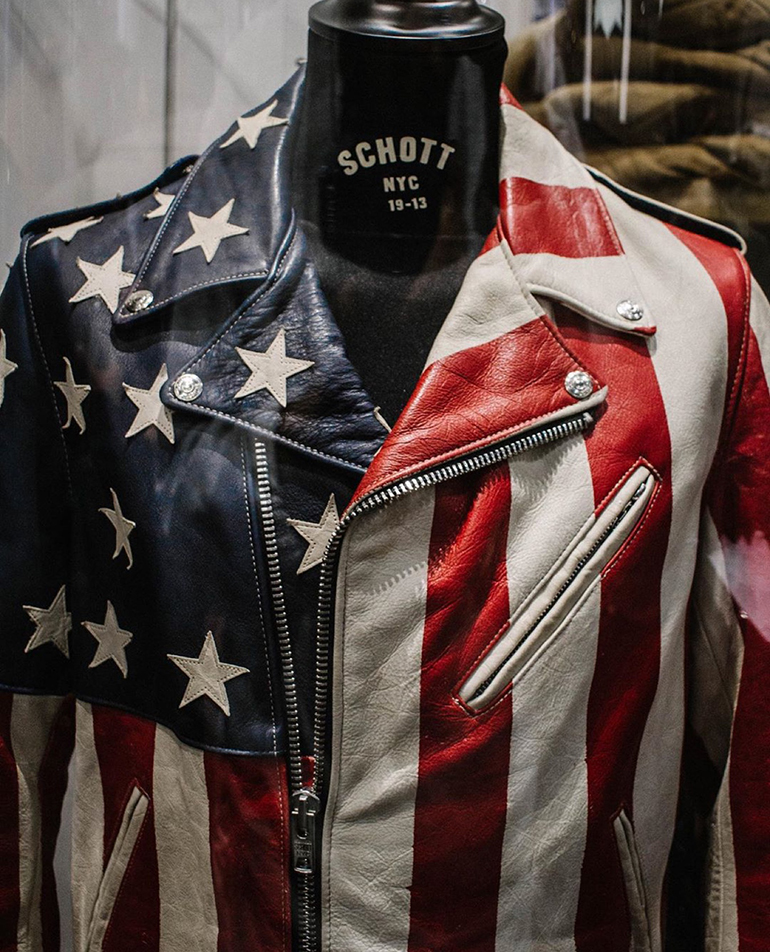 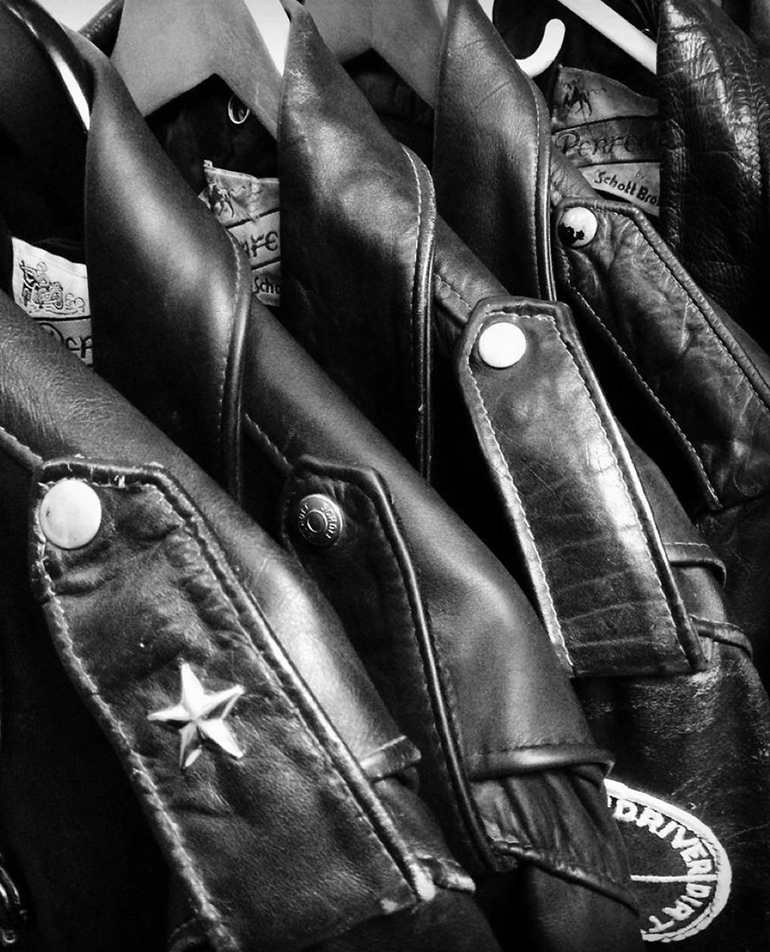