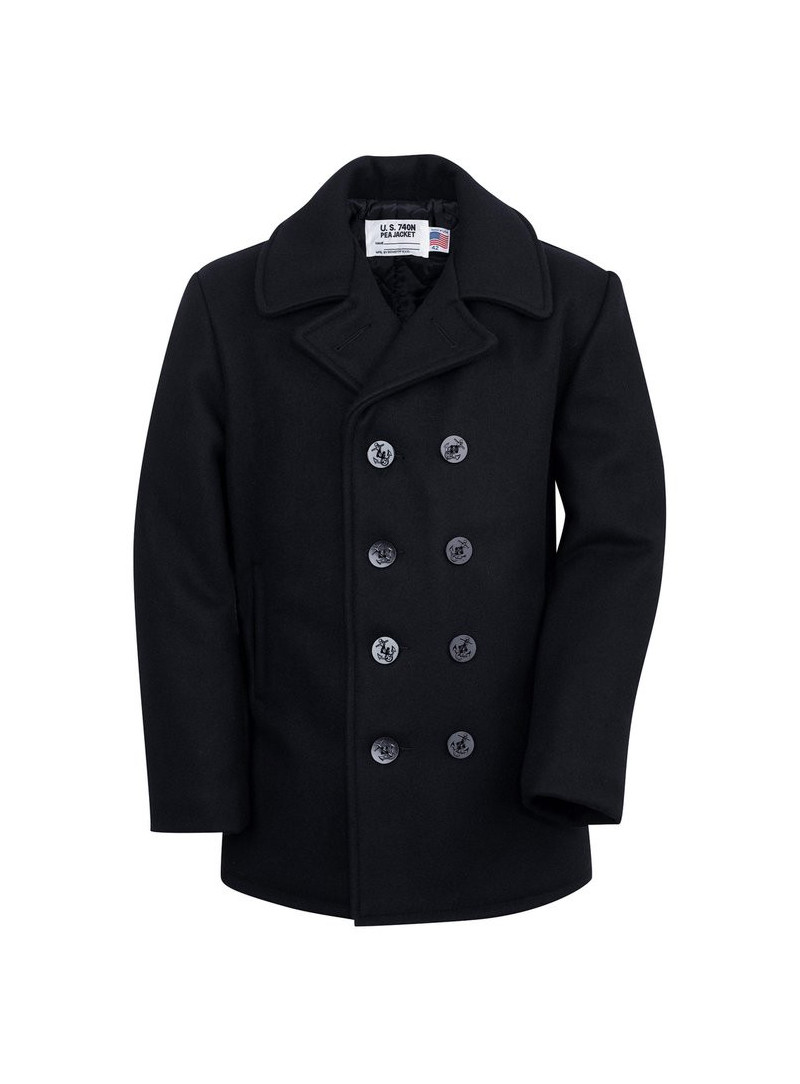 The 32oz wool on this peacoat is combined with the quilted lining will keep you warm in some of the harshest conditions around. With material and workmanship you won't find from discount peacoats, this may be the last wool jacket you ever need.

The US Navy Peacoat was adopted during the early 20th Century, from Britain’s Royal Navy Reefer Jacket. The Royal Navy's first regulations for uniforms for other ranks were issued in 1857, a century after the regulations for officers and this garment was originally used by Midshipmen (Reefers). These crewmen had to climb the rigging and furl and unfurl, or ‘reef’, the sails of the sailing ships of the era. The jacket was short, to allow ease of movement through the rigging. It had a double-breasted front, which displaced the buttons to each side. This helped reduce the chance of them getting caught on ropes, as the wearer maneuvered the sails. The pockets were often close to vertical, and over the flanks, rather than horizontal and at wrist level. It was made of very heavy wool, in dark Navy blue, with a nap on the face side.

The success of the style is proved by its singularly universal appearance throughout the Navies of Europe. This may account for the US Navy's nomenclature as an Anglicization of the Dutch 'Pijekkat', being a jacket made of 'Pij' (coarse wool) cloth. Conversely, it may be from the shortening of the Belgium Navies term ‘Pilot’s Jacket’ to P. Jacket, then being misspelled/adapted to Pea Coat. The term ‘Pea Jacket’ is reputed to first appear in the Oxford English Dictionary between 1717 and 1723. ‘Pea Coat’ does not appear for another century.

Be the first to write your review! 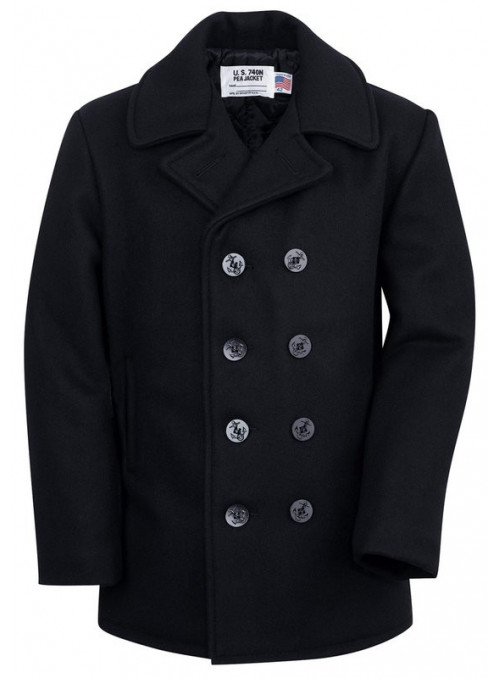